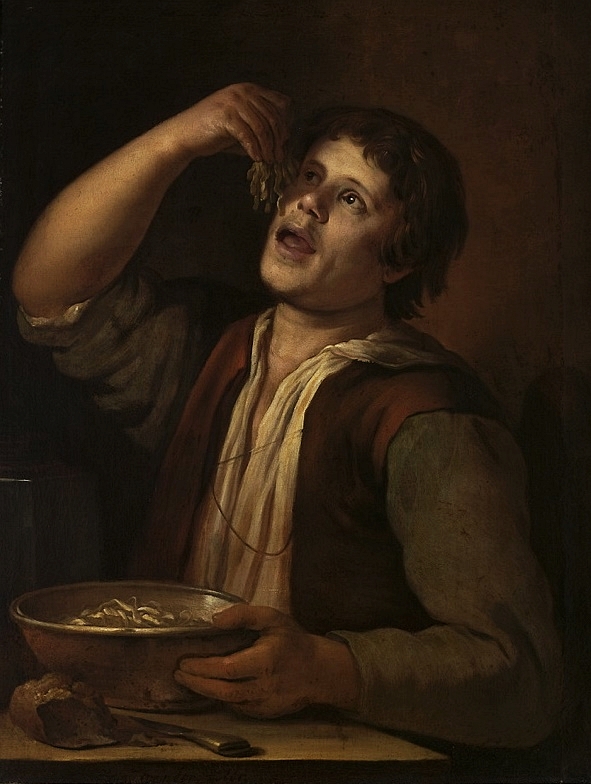 It’s not often we think on pasta longer than the six minutes it takes to boil it and the subsequent two it takes to devour it. If you’ve ever stood in a grocery store aisle for an inordinate amount of time wondering what the difference was between farfalle and fusilli, you’ve likely thought: where did all this come from?

One of the most predominant myths regarding pasta’s origins is that it was brought from China to Italy by intrepid explorer Marco Polo. Polo may have done many things, including being the inspiration for a slow-paced pool game, but he is not responsible for the nascence of noodles.

This inaccuracy comes from a misunderstanding of a passage from his famous book, which told of a tree used to make something similar to “lagana”. He was possibly referring to the sago palm, from which starchy foods similar to pasta are still made to this day. In its raw form, though, it resembles tapioca.

The origin of this myth can be traced to the Macaroni Journal, a publication from the early 20th century helmed by an association of food industries. Looking to promote pasta in the US, they got creative with their content.

Some experts suspect the story came from a Canadian spaghetti company in the 1920s or 30s. Regardless, the myth started as many do — borne from a marketing ploy.

Where Did Pasta Come From, Then?

It’s contested to this day. There’s no doubt that people were crafting and consuming noodles made from many different flours in Asia since at least 1100 B.C.E. and likely longer. But they aren’t quite what comes to mind when an American envisions spaghetti, a dish made from durum wheat.

The aforementioned lagana was first referenced in the 1st-century writings of Horace, a Roman poet. These fine sheets of fried dough seemed to be common fare. One hundred years later we see a recipe for lagana, consisting of dough made from wheat flour and crushed lettuce juice that was seasoned with spices and then deep-fried. Which doesn’t sound half bad.

An early 5th-century cookbook describes a dish that consisted of layers of dough with meat stuffing, a precursor of modern-day lasagna. Still, the methods of cooking mentioned aren’t really in concordance with what we consider pasta today.

The first hard evidence we have of that didn’t surface in Italy, still a group nation-states, until much later. In 1154 an Arab geographer, Idrisi, describes pasta as being common in Sicily. Once the 13th century rolled around, references to dishes we know and love today, like ravioli, gnocchi, and macaroni, started cropping up with increasing frequency.

Food historians think this is because of the extensive Mediterranean trading Italy engaged in during the medieval period. Which is why…

Many people mistakenly think pasta originated in Italy when in fact it likely traveled from the Arab world. And while Italian regions are responsible for many a delicious noodle variety and recipe, it didn’t quite come into being there. We can thank Middle Eastern traders for that.

Food historians believe that, like the French macaron, pasta originally traveled to Europe via Arab conquests. In fact, the macaron might be a surprising cousin of macaroni. It makes more sense when you realize the word macaroni, possibly derived from early Arabic, Greek or Italian, used to refer to both a marzipan-like almond paste and sugary pasta served with cheese. That second dish sounds gross, yet also weirdly delicious? But we digress.

Pasta may very well have ended up Sicily in the 9th century thanks to Middle Eastern machinations, along with spinach, eggplant, and sugar cane. By the 12th century, Italians were borrowing Arab methods for preserving and drying it to take on the road.

Italy may not have been the birthplace of pasta, but they took the humble noodle and ran with it, giving us the delectable dishes we love today. In the beginning, pasta was cooked for longer and the al dente preference wouldn’t come until much later. It was mixed with ingredients we would balk at today, resulting in savory, spicy, and even sweet flavors.

It was, in turn, a dish for the rich and the poor. Its long shelf life and simple ingredients made it popular fare for travelers, and as technology progressed, so did production. But the biggest thing to happen to pasta was undoubtedly the day some genius figured out that it paired well with tomatoes.

This didn’t happen until the 19th century. Tomatoes had been introduced long before from South America, but wary citizens suspected they might be poisonous and weren’t too keen on them. In 1839, the first recipe with pasta and tomatoes was finally documented. The world would never be the same.

Today, there are around 300 varieties of dried pasta across Italy. They range from simple tubes to ruffled mafaldine, with each fashioned in its own unique way to grab onto a corresponding sauce. Italian law dictates that pasta must be made with 100 percent durum semolina flour and water, and master producers use tried and true methods for drying and extrusion.

All You Can Eat

A lot has happened to pasta in the centuries since it was introduced and perfected. It’s made its way around the world and into the hearts of millions of people. From a humble bowl of spaghetti with a sprinkling of parmesan to an Instagram worthy plate of toasted orecchiette, pasta brings families together and makes bellies happy.

Now excuse us while we go boil some rigatoni.